Thursday 25th November International Day for the Elimination of Violence Against Women: 16 Days of Activism

The 16 Days of Activism against Gender-Based Violence is an annual international campaign that kicks off on 25 November, the International Day for the Elimination of Violence against Women, and runs until 10 December, Human Rights Day. It was started by activists at the inaugural Women’s Global Leadership Institute in 1991 and continues to be coordinated each year by the Centre for Women’s Global Leadership. It is used as an organizing strategy by individuals and organizations around the world to call for the prevention and elimination of violence against women and girls.

In support of this civil society initiative, the United Nations Secretary-General’s UNiTE by 2030 to End Violence against Women campaign (UNiTE campaign) calls for global actions to increase awareness, galvanize advocacy efforts, and share knowledge and innovations.

The global theme for this year’s 16 Days of Activism against Gender-Based Violence, “Orange the world: End violence against women now!”

Domestic Abuse is a major issue in British society and was recently recognised as such with the passing of the first ever Domestic Abuse Act in April this year. It’s estimated that one in three women will experience Domestic abuse in their lifetime. Coupled with this Domestic abuse is higher in black communities including faith communities. However our churches have been slow to provide an appropriate response.

The Black Church Domestic Abuse Forum (BCDAF) was founded with the aim of raising awareness of DV within the church and to provide support including training to church leadership teams on how to provide an improved response to eliminate DA not only within their congregations but also in the communities where they gave their ministries.

During the 16 days of Activism – BCDAF will be jointly hosting – with Premier Christian Radio  – two  debates addressing domestic abuse and the challenges posed in our churches and communities.

The first debate will be aired on Premier Radio on 25th November and will address  why the Black Majority Church has been so slow to respond to Domestic abuse, why it is so critical for the church to improve its performance in this area and what they can do to address this.  Muyiwa Olarewaju will be facilitating the debate.

Nicola Jacobs – The government’s first ever Commissioner for Domestic Abuse

What actions can you take?.

If you would like to take part in the 16 days of Activism consider the following as actions that you could take:

The BCDAF offer training and support to churches and church organisations who wish to improve their responses to domestic abuse. 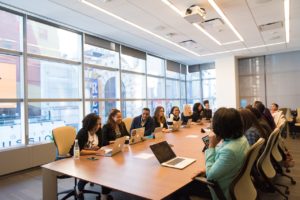 How our domestic abuse toolkit has helped a church move forward 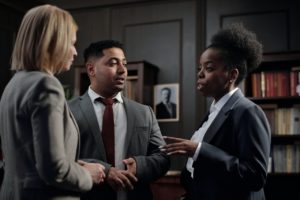